Internal displacement dynamics in Sudan are complex and little multi-sectorial analysis exists on the situation of IDPs living in prolonged displacement or those newly displaced. Some IDPs undertake pendular movements, going back and forth between their places of refuge and origin, and seasonal migration is part of many communities’ traditional way of life. Many refugees have also returned from Chad. Data that can inform planning towards sustainable solutions is needed for all of these groups.

In 2016, we received a support request from the office of the UN resident and humanitarian coordinator for Sudan to discuss the relevance of a profiling exercise that would identify opportunities and inform planning for durable solutions in the country.

Profiling for durable solutions (2016 – 2019)
From the very beginning, a particular emphasis has been placed on steering the analysis from a focus on humanitarian assistance toward longer-term planning and incorporating durable solutions into local-level development programming.

Since our scoping mission in December 2016, we have been supporting a comprehensive analysis of the situation of IDPs in camps at the outskirts of the city of El Fasher in North Darfur and host communities around the camps, as well as the potential return areas. At the beginning of 2018, and in order to provide a more direct support, one of JIPS’ profiling advisors was deployed to Sudan for a long-term secondment, and was able to help partners moving the profiling exercise forward.

The December 2016 scoping mission looked at the potential, needs and objectives for a durable solutions profiling exercise in Sudan. Together with partners, we explored the relevance of undertaking a comprehensive analysis in line with the 2010 IASC Framework on Durable Solutions for IDPs to inform joint responses, and also discussed existing data systems and potential ways of complementing them, and possible approaches to the exercise.

We met with various stakeholders in Khartoum, including the Humanitarian Aid Commission, UN agencies, international NGOs and donors, and also organised a half-day technical meeting with partners already collecting data in Sudan and a training workshop for representatives of the government’s joint mechanism on sustainable solutions for IDPs, made up of the Humanitarian Aid Commission and the Voluntary Return and Resettlement Commission.

In April 2017, the process of developing a set of joint tools and methodologies began; these have later been tested during pilot exercises in the urban area of El Fasher in North Darfur, where IDPs live mainly in two camps, Abu Shouk and Al Salam. In line with the IASC framework, the tools emphasise IDPs’ preferences and priorities for durable solutions, as well as enabling an analysis of opportunities and obstacles to achieving them. For the El Fasher exercise, strong links are also built to broader urban plans for the city in order to ensure that the findings of the profiling exercise can be used by the municipality and line ministries.

The group working on the tools and pilot exercises brought together a wide range of partners, and was made up of representatives from:

The exercise has been carried out in partnership with the World Bank, which also provided technical survey expertise in order to create linkages with similar analysis processes in several other countries in the region.

We held thematic consultations in Khartoum with humanitarian and development stakeholders, and focal points from the government’s joint mechanism on sustainable solutions to identify relevant indicators. Consultations were also held with local stakeholders in El Fasher to ensure that the selected indicators reflect durable solutions planning needs. All of this then fed into a workshop with all stakeholders to define and agree a set of core indicators. More than 40 focal points attended, including:

During the workshop, participants recognised the importance of moving away from a focus on needs to look instead at the resources, capacities and coping mechanisms of both displaced and non-displaced populations. The workshop also included IDP leaders, who took part to ensure that the perspectives of the communities were taken into account. The profiling partners were highly appreciative of the involvement of camp elders in the process, but they also acknowledged that deeper and more organic participation was needed. Instead of creating new mechanisms to encourage this, however, they agreed to work through already established avenues. Discussions with community-based organisations facilitated the mapping of existing structures, including mother-to-mother groups, football clubs, health promoters and community committees on water and education.

The profiling data was collected in the camps of Al Salam and Abu Shouk in May-June 2018. The initial findings have been presented to, and discussed with partners both in North Darfur and in Khartoum, and the final report is expected to be launched at the beginning of 2019. 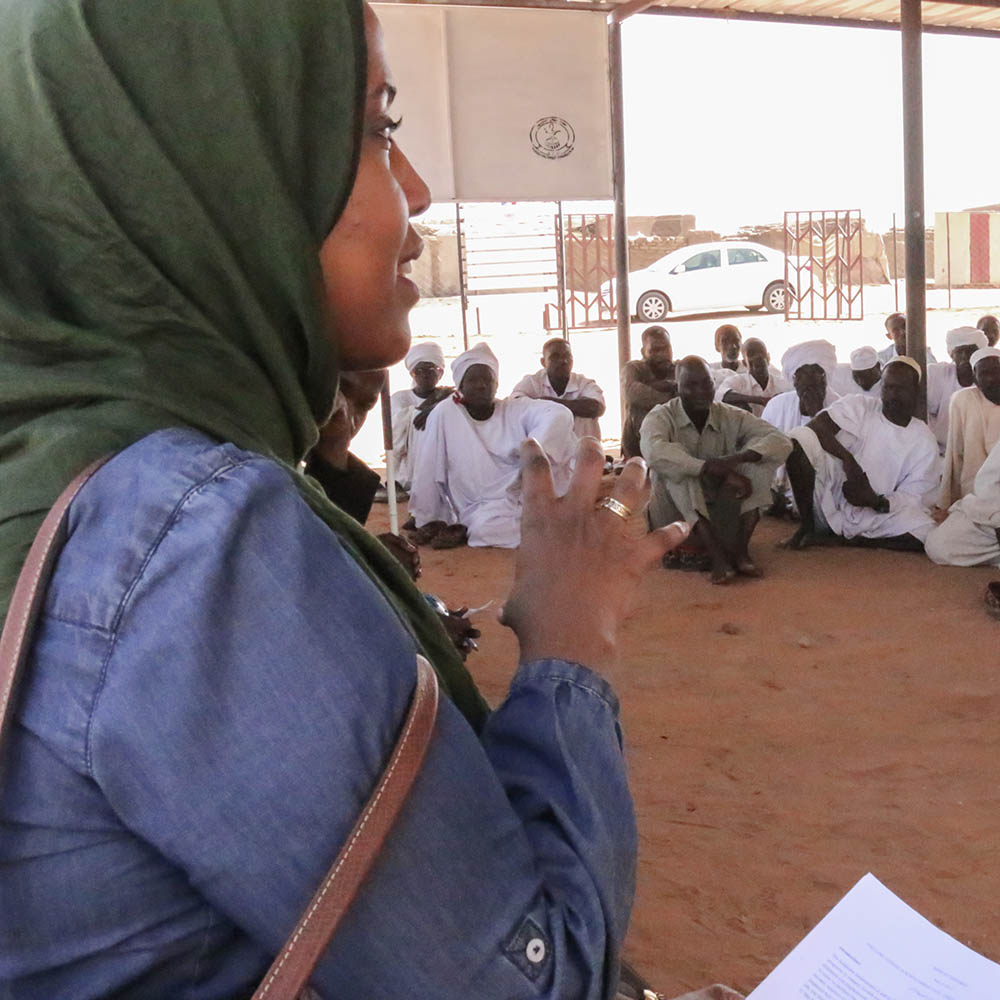 The profiling process in El Fasher is an important pilot for collaborative multi-sectoral durable solutions analysis in the context of Sudan. The process is timely, as the North Darfur Government launched in November 2018 a stabilisation plan, including with focus on durable solutions to populations living in the IDP camps around El Fasher.

The profiling data, including analysis of both IDPs’ perceptions of durable solutions and their ability to lead their lives with sustainable access to services, form an important evidence base for these plans.

Hey, hope you’re enjoying your visit to jips.org! We’d like to use this opportunity to ask you a few questions, to help us better understand your experience when using our website.

Please take a few minutes to fill in the below survey. It should only take 5 minutes of your time, and your responses are completely anonymous. Your feedback is highly valuable and will help us make critical improvements to the existing site as well as prioritise new features and content.

Many thanks in advance!

Go to the survey