Before the current crisis that is seeing vast numbers of Venezuelans arriving in various countries in the region, Ecuador already had pre-existing experience of hosting refugees. As of 2013 more than 400,000 Colombians had fled their country to escape armed conflict. Most made their way to Ecuador, where many settled in urban areas. They included registered refugees, asylum seekers, rejected asylum seekers, those who never requested asylum and other migrants. The existing information gathered on the Colombian population in Ecuador focused mainly on registered refugees, but little if any data was available on other groups.

In 2013-2014, JIPS worked with partners to support a profiling exercise aimed to improve the understanding of the situation of Colombian refugees living in Quito with different migratory situations.

Urban profiling of Colombian refugees and asylum seekers in Quito (2013 – 2014)
JIPS collaborated with the UN Refugee Agency (UNHCR) and the Feinstein International Center to conduct a profiling exercise on the Colombian population living in the Ecuadorean capital. The exercise was one of two undertaken by the same partners, the other being in Delhi, that explored how to apply our expertise in identifying hidden populations to people living in refugee and refugee-like situations in urban contexts.

The aim of both exercises was to gather data on different population groups, including host communities. This would provide the basis for a comparative analysis to improve understanding of their commonalities and differences, and shed light on their specific vulnerabilities.

The final Quito report, published in November 2014, established an evidence base for advocacy, programming and policymaking, including an analysis of the prospects for durable solutions and potential paths to their achievement.

We supported the profiling partners at all stages of the process, from establishing the methodology and coordination mechanisms to drafting and disseminating the final report.

Following an initial scoping mission in April 2013, the partners decided to use mixed research methods, including:

The data collected covered different groups’ socio-demographic characteristics, livelihoods and economic situations, their protection concerns and access to services, rights and information, their displacement history and their intentions and prospects in terms of durable solutions.

A working group was set up to ensure a well coordinated and collaborative process, made up of:

We deployed a field coordinator in mid-2013 to support the group in its activities and the profiling process more broadly.

Two local implementing partners, the Quito municipality’s Institute of the City and the private research organisation Profiles of Opinion, collected and analysed the information in close collaboration with UNHCR. Locating refugee households to survey was a significant challenge because many preferred to remain unidentified. Local NGOs, religious institutions and UNHCR’s community workers overcame this with an extensive outreach campaign.

Once the quantitative and qualitative data had been jointly analysed and a draft report produced, a collaborative recommendations workshop was held to inform the final version. 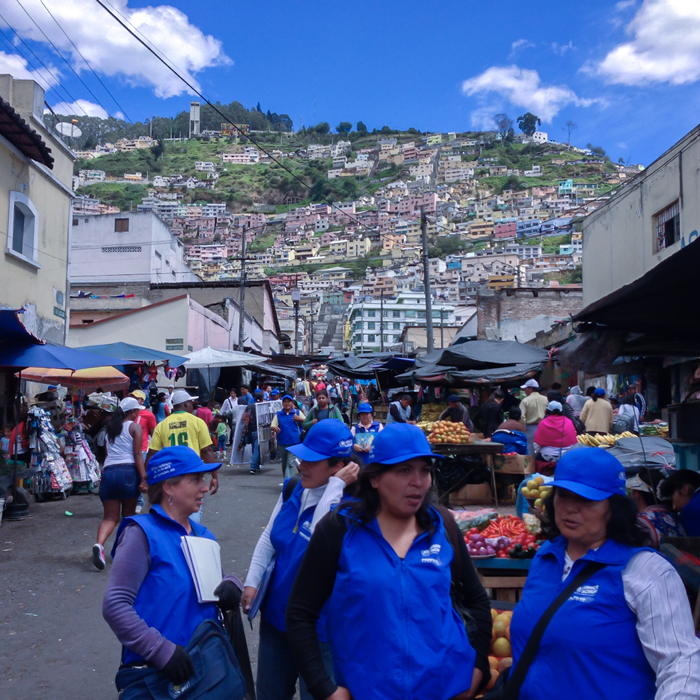 The final profiling report was published in Spanish in November 2014, with the main results and recommendations also published in English. The evidence base it established made it possible to compare the situations of registered Colombian refugees, their unregistered counterparts and other groups for the first time.

It also provided evidence to support shifts in Ecuador’s national policies, including allowing the children of refugees to use their parents’ registration cards to access basic education, better funding for a telephone helpline to improve the information available to refugees about services and other support, and the rollout of social and economic integration programmes to the Colombian population more broadly.

The involvement of both national and municipal stakeholders in the working group ensured wider buy-in for the profiling exercise and its results. It also meant that policy recommendations were discussed with authorities at both levels.

Overcoming the challenges of collecting data on small and hidden populations in urban settings led to a number of lessons being learned, chief among them: