The Philippines are facing both disaster- and conflict-induced displacements, with the Bangsamoro Autonomous Region in Muslim Mindanao (BARMM) registering among the highest numbers of internally displaced persons (IDPs). In the BARMM provinces of Basilan, Sulu and Tawi-Tawi (BASULTA), the majority of IDPs live in evacuation centers or with the host population (the so-called ‘home-based’) and only have limited access to basic services. Some are newly displaced, while others are in protracted situations. In Tawi-Tawi, in addition to the IDPs a number of people are also at risk of becoming stateless.

While UNHCR in collaboration with the government has been monitoring movements of displaced people in the Mindanao region since 2012, it has been challenging to collect data on the changing displacement situation in the BASULTA island provinces due to access issues. Thus, UNHCR Philippines together with the Ministry of the Interior Local Government (MILG), Department of Social Welfare and Development (DSWD) and the Ministry of Social Services (MSS) have decided in August 2019 to jointly conduct a profiling exercise, and asked JIPS for technical support throughout the process.

Profiling the islands of Basilan, Sulu and Tawi-Tawi (2019 – ongoing)

In July 2019, JIPS received a request for technical support to the profiling exercise to fill a critical data gap on the distinct displacement situations in the provinces of Basilan, Sulu and Tawi-Tawi (BASULTA). More specifically, the exercise aims to provide a common, evidence-based understanding of the living conditions of IDPs in terms of their humanitarian and long-term needs. In addition, the exercise seeks to contribute to a better understanding of the situation of Sama Bajaus communities in Bongao, Tawi-Tawi island, who are at risk of statelessness. The results will inform immediate and longer-term responses, help mitigate protection risks, and raise awareness of the impact of displacement.

The collaborative process is led by UNHCR Philippines in coordination with the Ministry of Social Services (MSS), the Ministry of the Interior Local Government (MILG), and the provincial governments of Basilan, Sulu and Tawi-Tawi. We also worked with the team at Integrated Resource Development for Tri-People (IRDT) to map the population groups and carry out the household data collection.

Given the ongoing political transition to BARMM, the profiling exercise comes in timely: it offers an opportunity to the Bangsamoro Transition Authority (BTA) to develop critical knowledge and capacities to better respond to internal displacement in the region.

During a 3-week mission in October 2019, we supported partners in country to develop the profiling objectives and establish a collaborative structure, as well as to jointly develop the profiling methodology. For this purpose, we organized a series of stakeholder meetings and workshops at the technical and decision-making levels.

Working with technical experts and partners with local and contextual knowledge, we jointly defined priority topics to be covered during the data collection and analysis and shaped up the data collection tools, including the sampling approach. We also revised the draft household questionnaire and discussed the expected analytical outcomes per topic, and helped partners develop the training package for enumerators.

Data collection was implemented by the Integrated Resource Development for Tri-People (IRDT) in November 2019, while the data cleaning was done by UNHCR with technical support from JIPS between December 2019 and January 2020. We are now well into the joint analysis stage; at JIPS we are extensively supporting partners throughout this process, including by providing a preliminary analysis of findings and helping them to develop and agree on a joint analysis workplan as well as a roadmap for community engagement activities. 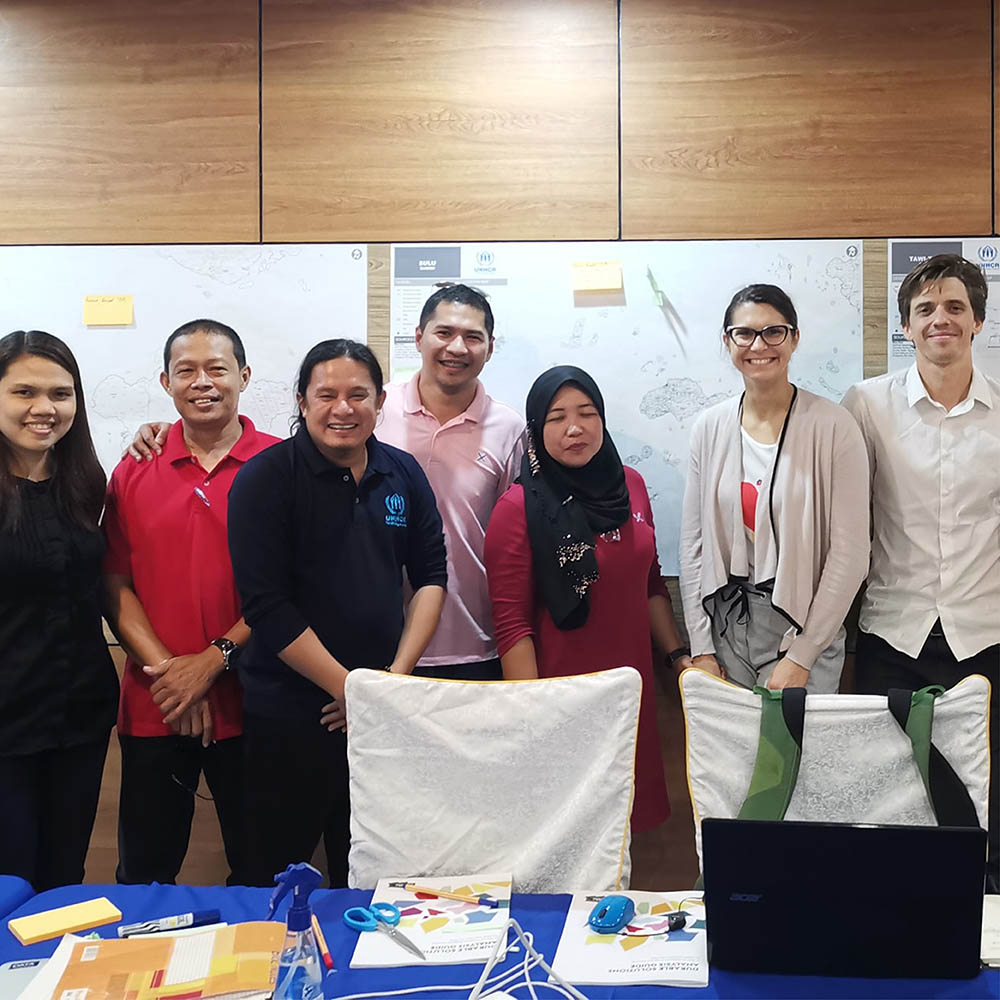 Shaping the Joint Analysis Approach Together With Profiling Partners in the Philippines (March 2020)
02.04.2020
Country News & Perspectives
Scoping & Technical Mission to the Philippines: Profiling the Islands of Basilan, Sulu and Tawi-Tawi
15.12.2019
Country News & Perspectives
This website uses cookies to ensure you get the best experience on our website. Learn More
Decline Allow Cookies