Afghanistan has been in a state of rolling conflict and crisis for more than 35 years, making displacement an all too familiar survival strategy for two generations. Faced not only with relentless violence and insecurity, but also disasters in the form of floods, storms, drought and earthquakes, millions of Afghans have fled both within and beyond the country’s borders. Basic services are limited in many areas, and the country’s institutions do not have the capacity and resources to fully address the situation.

Plenty of data exists on displacement in Afghanistan, collected by different organisations using different methodologies for different operational purposes. Given the numerous data challenges and based on a series of support requests, JIPS initially identified Afghanistan as priority country for support in 2012. It has since collaborated on three initiatives:

Durable Solutions Profiling Exercise (2018)
We undertook a scoping mission to Kabul and Jalalabad in July 2018 in response to a support request from the Afghanistan Protection Cluster (APC), the Housing, Land and Property (HLP) Task Force and the Durable Solutions Working Group chaired by the Ministry of Refugees and Repatriation (MoRR).

The aim was to support the government and its international partners in developing a roadmap for a profiling exercise in Jalalabad to inform the planning of responses to support IDPs and returning refugees in reducing their vulnerabilities and achieving durable solutions to their plight.

The security situation permitting, the profiling process in Jalalabad was set to start in August 2018. Further updates will be posted here in due course.

We ran a two-day training workshop at the beginning of the mission, in which its global experience was combined with local expertise to tailor an approach specific to the situation in Afghanistan. The workshop, in which representatives from 42 national and provincial government bodies, UN agencies and local and international NGOs took part, included:

During the mission, we held meetings with various stakeholders to assess the technical feasibility and parameters of a comprehensive profiling exercise. Current sources of displacement data and other resources were evaluated, along with existing coordination mechanisms relevant to displacement data, advocacy, policymaking and the implementation of durable solutions at the national and provincial level.

Our team also undertook a joint visit to Jalalabad with MoRR and the HLP Task Force to meet provincial and municipal authorities, the Eastern Region Protection Cluster, the UN and NGO partners. The relevance of the profiling exercise was discussed, along with local challenges to the pursuit of durable solutions for IDPs and returnees, and related data, coordination and capacity needs. 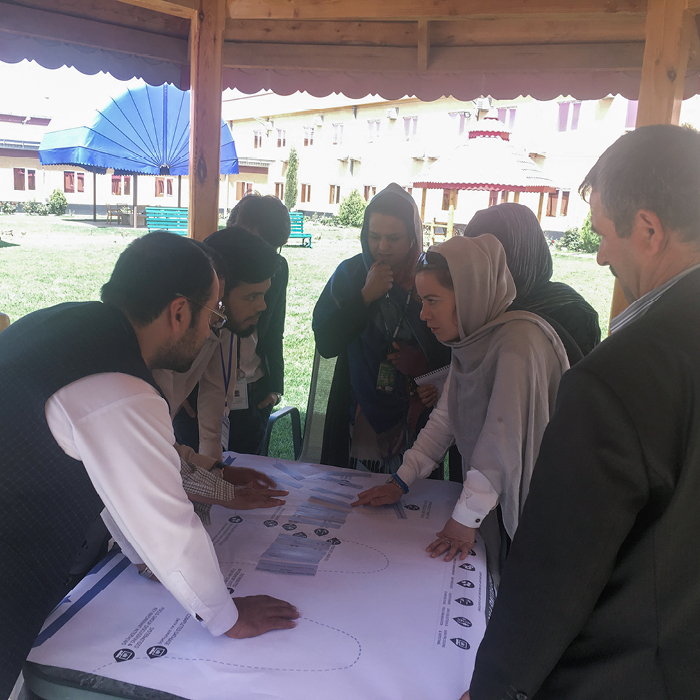 The overall aim of the profiling exercise is to create a city-level information instrument to inform decision-making and joint programming across areas including services, the local economy, transport, mobility and housing.

The intention is to ensure that all interventions, whether humanitarian or development, are tailored to displaced people’s situations and contribute to the gradual process of their achieving durable solutions.

The results of the exercise should also feed into national-level discussions on strategies for doing so.

Displacement tracking system (2012 – 2013)
We were asked to support the Government of Afghanistan, UNHCR and the International Organisation for Migration (IOM) in 2012 and 2013 to develop a tool that would allow a range of partners across Afghanistan to systematically collect basic information on population movements and establish a comprehensive nationwide picture of internal displacement.

The mission proposed a system led by MoRR and involving a network of agencies and organisations that would cover people displaced by both conflict and disasters.

During its mission, we also supported the development of a methodology and data collection tool based on information requirements identified through an inter-agency workshop hosted by OCHA. The workshop also adopted the standard operating procedure and questionnaire of the inter-agency displacement tracking system TRACK. Participants included UNHCR, IOM, iMMAP, DRC, NRC, the International Rescue Committee (IRC) and senior MoRR officials.

We also provided advocacy support during the mission and at the global level in the following months, but given the focus at the time on developing a national policy on internal displacement, no decision was taken to implement the comprehensive tracking system originally requested.

Our mission produced positive results and progress was made at the political and technical level, but funding was not ultimately prioritised to implement TRACK. To date, there is still not comprehensive system to track IDPs in Afghanistan.

IDP protection study (2012)
JIPS collaborated with NRC and Samuel Hall in 2012 to better understand IDPs’ protection needs in Afghanistan. The study was not strictly a profiling exercise, but rather aimed to address the significant lack of information on displacement dynamics in the country and their implications for the humanitarian and protection needs of communities affected by displacement.

It was intended to inform the development of Afghanistan’s national policy on internal displacement, and as an advocacy tool for partners involved in the process. 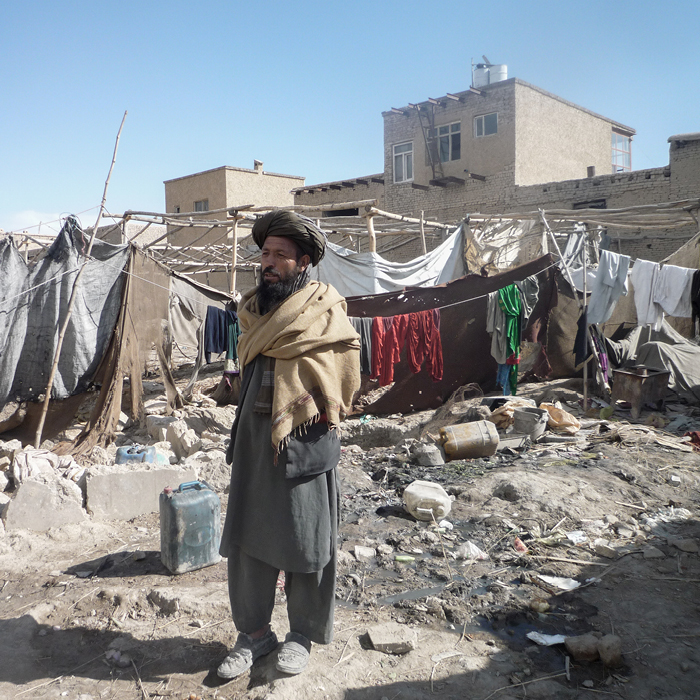 JIPS was involved during the analysis and reporting phase of the study, which drew on interviews with more than 1,000 displaced households across five provinces, 26 individual case studies and 19 focus group discussions.

We also facilitated a joint analysis and recommendations workshop hosted by MoRR to shape the study’s findings, generate consensus around them and identify how they might inform the national policy. The workshop was attended by a broad range of government, humanitarian and development stakeholders, including donor community representatives, whose contributions fed into the policy development process.

Given that one of the study’s aims was to contribute to the national policy-making process, we helped to bring the two processes closer together by presenting on the importance of comprehensive, reliable and agreed-upon data to inform the policy at a two-day multi-stakeholder policy workshop in July 2012.

Afghanistan’s national policy on internal displacement was adopted in November 2013, a prime example of the kind of outcome JIPS collaborates with its partners to achieve. As the director of Samuel Hall, Nassim Majidi, observed: “JIPS support in bringing stakeholders on board prior to the launch of the report linked the research to an important policy process.”

The findings of the protection study also provided the first clear evidence to support some of the commonly held assumptions about IDPs in Afghanistan, and – importantly – to debunk others. The study shed light on the length of people’s displacement and their intentions in terms of return and other options for durable solutions, and contributed to an evidence base in areas such as violence against women, on which little information had previously been available.

The findings were shared broadly with a range of stakeholders and thematic clusters to inform their planning and advocacy work, including for future profiling and monitoring exercises.

JIPS’s support on this project and its outcomes highlight a number of lessons: