More than a million refugees and migrants arrived in Greece in 2015 and early 2016, over 800,000 of them by sea to the country’s islands, creating one of the most complex humanitarian challenges in Europe in decades. The number of new arrivals dropped considerably closed in 2016 after the EU and Turkey implemented a deal to stem the flow, but it began to increase again in the second half of 2017, including to the country’s mainland ports.

In August 2017, the Municipality of Thessaloniki together with UNHCR and the Urban Working Group requested JIPS’ support, to help conduct an urban profiling in Thessaloniki of refugees, asylum seekers, and third country nationals not registered with the Asylum Service, to inform integration strategies and the provision of municipal services.

Earlier, in November 2015, UNHCR had requested JIPS’ support to initiate a profiling exercise on three Greek islands, given the need for more robust, agreed-upon information about the people arriving to Greece to inform not only the immediate response but also longer-term planning and EU migration policy more broadly.

Following the influx of people via the Greek-Turkish land border, and against the backdrop of a lack of information about the urban refugee population residing in the greater area of Thessaloniki, the city’s Municipality together with UNHCR and the wider humanitarian community decided to conduct a comprehensive urban profiling exercise. Upon their joint request, JIPS provided support throughout the process, both through engagement in an advisory capacity and offering technical support.

The exercise looked at two specific population groups: refugees and asylum seekers who arrived in Thessaloniki after January 2015, to develop a demographic profile and analyse progress towards their local integration; and third country nationals not registered with the asylum service in Thessaloniki, to understand their demographic profile and analyse key challenges that they face, such as legal documentation and homelessness. It was led and implemented by a Profiling Advisory Group and as well as a Technical Group comprised of:

The profiling report was formally launched in December 2019. Read this article and watch the below video to get a snapshot of the main results and how the exercise was useful to partners.

JIPS undertook four missions to Thessaloniki between November 2017 and December 2019, and provided extensive remote support in between. During our first mission, we delivered a three-day workshop – a condensed version of our six-day Profiling Coordination Training – with all potential profiling partners. It included group work and discussions to prepare the ground for the profiling exercise. This meant that as well as building capacity the training also provided a forum for partners to begin exploring the relevant objectives and scope of the profiling. Based on the resulting preliminary objectives and scope, JIPS and the Profiling Coordinator worked together to formulate a draft proposal for the exercise’s overall objectives, scope and methodology.

During the second mission, we worked with the Advisory and Technical Group, which in the meantime had been established, on finalising an analysis approach and a list of indicators for the profiling. This included focus group discussions with refugees and asylum seekers , which we conducted together with Alkyone and Solidarity Now on the topic of local integration, in order to ground truth the methodology and inform the analysis approach. During a one-day workshop with all partners, the results from these FGDs were presented to further refine and agree upon the list of indicators for measuring local integration and agreed upon.

Building on the agreed-upon indicators, the household questionnaire for the survey was developed with several rounds of input from the Technical Group. We worked with profiling partners to estimate the population baselines and design a sampling strategy. Data collection followed between May and June 2018.

The third mission in July 2018 supported the preliminary analysis of results and a process of community engagement for the analysis. The community consultations aimed at presenting preliminary survey results to refugees and asylum seekers in order to collect feedback, which was crucial for the direction and contextualisation of the ongoing analysis.

Once cleaning and preliminary analysis were completed, a joint workshop with all Advisory Group members was hosted by the Municipality, in order to review the preliminary findings and discuss the interpretation of these as well as the direction of the remaining analysis work. We then supported remotely the in-depth analysis and the report development processes, including the elaboration of recommendations based on the final analysis.

In December 2019, we were excited to go back to Thessaloniki to support partners in the organisation and implementation of the profiling report launch. The event showcased the strong partnership and shared ownership of the profiling results – which is remarkable given the fact that the municipal administration and many focal points within partner organisations had changed – and also offered an opportunity to review main recommendations from the exercise as well as share integration efforts initiated by different actors in the meantime. 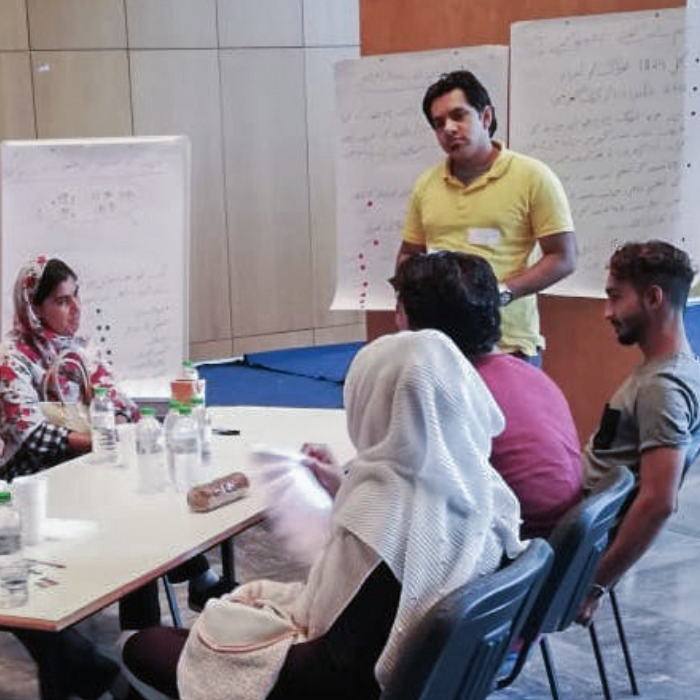 A comparison between the demographic data from the exercise (collected mid-2018) and recent UNHCR registration data (ProGres) showed that the basic demographic characteristic of the populations included in the study had not changed much. Thus, the report launch event in Thessaloniki offered the opportunity to bring renewed attention to the still highly relevant profiling results and analysis, and to discuss potential further action points. Recommendations from the report that were specifically highlighted at the launch event included the need for:

In terms of lessons learned for JIPS, the work in Thessaloniki provided rich input for our broader efforts to improve community engagement throughout profiling processes. Active participation from the outset informed the overall analysis approach, the indicators and the interpretation of results in the end. The usage of different qualitative data collection methods, such as visual prompts and other interactive methods, resulted in several pertinent methodological lessons learned.

The inclusion in the exercise of the so-called ‘third country nationals not registered with the asylum service’’, in other words persons with temporary or no legal status in the country, led to many discussions with the profiling partners on the ethical consideration and protection concerns linked to collecting data from populations in such precarious situations.

Profiling arrivals to the Greek islands Lesvos, Chios and Samos (2015 – 2016)
UNHCR requested JIPS’ support in November 2015 to initiate a profiling exercise on the Greek islands of Lesvos, Chios and Samos. The aim was to gather more reliable information about the people arriving in Greece – including their socioeconomic background, country of origin, displacement trajectories, needs and capacities – to inform not only the immediate response, but also longer-term planning and EU migration policy more broadly.

JIPS provided UNHCR with initial remote support in designing a profiling methodology and tools before undertaking a joint mission to Lesvos, Chios and Samos, the main islands receiving refugees and migrants, in January 2016. The mission focused on identifying locations for data collection and methods for obtaining a representative sample of the flows of people newly arriving on the islands.

Joint field visits were undertaken to refine sampling methods and the overall methodology for monthly reporting of findings, and eight enumerators were trained in areas such as mobile data collection and administering a survey in preparation for a pilot exercise. The pilot led to final adjustments to the sampling methods and questionnaire for the exercise proper.

JIPS then supported the data collection teams remotely and advised UNHCR on monthly methodology adjustments from January to April 2016. Support was also provided for creating user-friendly monthly reports and analysis of key findings for strategic decision-making of the Agency and key partners. 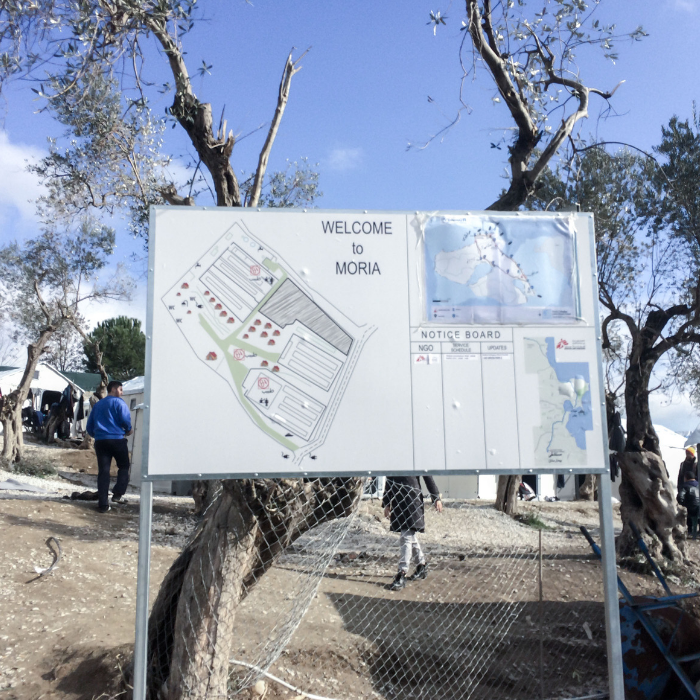 The exercise ran for the first few months of 2016 when arrival numbers were high. Results informed various protection interventions – in particular around management of arrival sites on the islands. The exercise, however, was terminated in April 2016 following a change in EU migration policy, which dramatically reduced the flow of new arrivals under a deal with Ankara to process refugees and migrants trying reach Europe before they left Turkey.