Honduras’ migration within and beyond their country’s borders has traditionally been associated with economic factors. More recently, however, crime and violence have increasingly been recognised as a cause of population movements. But until five years ago there was little or no information available on the scale and dynamics of the phenomenon.

That started to change in 2013, when the Honduran government established the Inter-institutional Commission for the Protection of Populations Displaced by Violence, known by its Spanish acronym CIPPDV, which launched a profiling exercise on internal displacement in the country with support from UNHCR and JIPS.

The 2014-2015 exercise identified the magnitude and trends of the phenomenon in 20 municipalities, specific groups at risk and their protection needs. The information from this exercise has been instrumental to CIPPDV’s work since 2015 in developing a national legal framework to prevent, reduce and respond to internal displacement and inform durable solutions at the national and local level.

CIPPDV approached JIPS and UNHCR again in 2017 for support to update the 2014 profiling exercise and extend its analysis nationwide. This second process also includes a new focus on drivers and risks of displacement, as well as affected people’s future intentions and needs for solutions, in order to inform programs seeking to prevent displacement in the future.

Updating displacement data to inform prevention and support durable solutions (2017 – 2019)
Defining the responsibilities and activities of institutional bodies under the national legal framework on internal displacement requires an extensive understanding of the communities affected and those at risk of displacement. JIPS is supporting CIPPDV and UNHCR in establishing such an evidence base through a nationwide profiling exercise that builds on the earlier 2014 exercise to provide a deeper analysis of the situation in the country.

The project is guided by the technical working group, made up of government organisations including the National Statistics Institute (INE), representatives from international organisations and civil society organisations (also members of the CIPPDV), and with UNHCR and JIPS providing technical support.

With the data processed, JIPS went on mission to Honduras in February 2019 to guide a process of joint analysis. This entailed bringing partners together to not only get familiar with what the data is saying but also what the results mean for the response to internal displacement in the country. This involved several workshops with the technical working group and a diverse group of government partners. Analysing collaboratively has enabled rich discussion on the various drivers and impacts of displacement, helping to make the evidence actionable. By the end of the workshop, the partners identified over forty findings that they can use to inform responses.

JIPS also met with many partners bilaterally and in groups to better understand their ongoing responses and how they could use the information within their institutions. For example, JIPS visited San Pedro Sula to explore how the nationally-representative findings in the profiling exercise could benefit programming at the municipal level.

After consolidating all inputs from the partners, JIPS is now supporting the technical working group and the profiling coordinator in the drafting of the final report, planned for launch in May 2019.

The final report will have two key elements: first, it will bring together the qualitative and quantitative results. This enables the technical working group to not only discuss the scale of displacement in the country, but how this actually affects peoples’ lives and in what ways they are able or not to cope with the consequences. Second, it will present the information organised according to the law on internal displacement, presented to Congress. This will demonstrate how specific results from the exercise can contribute to decisions for each component of the law, namely prevention of new displacement, and humanitarian assistance, protection mechanisms for those displaced as well as support to their search for durable solutions. 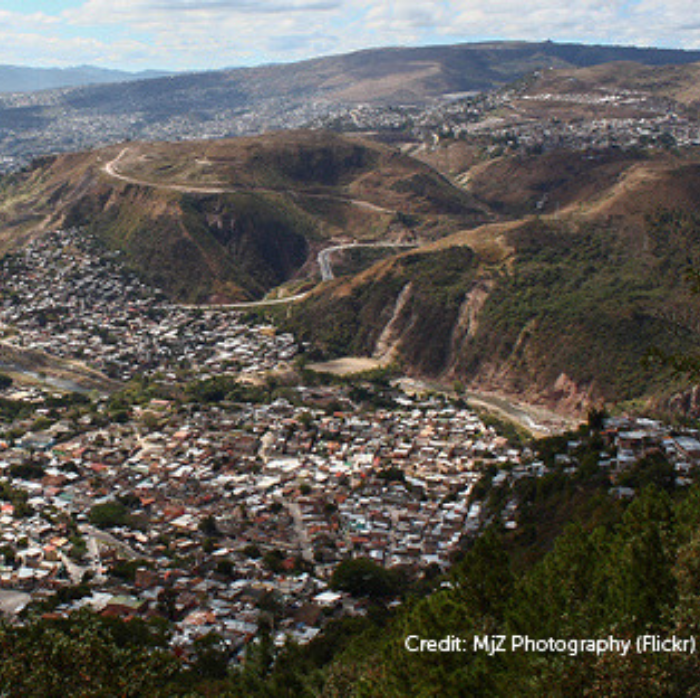 A legal framework on internal displacement was officially presented to the National Congress in Honduras on March 27 2019. This framework would provide the mandate for the government to implement public policy on displacement at central and local levels, which in turn requires updated information on profiles and trends of the displaced population. The profiling results will, therefore, feed directly into the planning of the government response.

Collaboration has proven invaluable at all stages of the process so far. In addition to jointly defining the objectives, scope and information needs of the profiling exercise and setting up the technical working group, JIPS’s face-to-face discussions with government bodies, UN agencies, civil society organisations and community members during its first mission also served to generate significant interest in the exercise overall. Later stages of the profiling process capitalised on this momentum and the partners have been consistently engaged throughout. This sets the groundwork for productive discussions in a collaborative analysis phase.

The qualitative component of this exercise was unique in its depth and breadth. From this experience, the value of working with local partners with strong links to the communities affected by displacement and violence was clearly demonstrated. Because of its traditional role in the communities, World Vision Honduras was able to carry out over fifty focus group discussions and interviews with key informants, and the information collected will provide substantial nuance to complement the quantitative results. This speaks to the benefit not only of building relationships with trusted local partners, but also of using a mixed methods approach for a more complete evidence-base.

The profiling is expected to inform the development of specific responses to IDP populations, the definition of roles and responsibilities of government entities for responding to internal displacement and the establishment of a referral system for providing assistance. The profiling results will benefit State institutions such as the Human Rights Secretariat, the Foreign Affairs and International Cooperation Secretariat, Directorate for Childhood and Adolescence, Social Inclusion Secretariat, among others.

A starting point for understanding internal displacement (2014 – 2015)
JIPS supported CIPPDV in 2014 and 2015 in carrying out a profiling exercise in 20  municipalities to estimate the scale of internal displacement in the country and map its geographic distribution. The exercise was a significant first step toward establishing an evidence base to inform the development of a national legal framework on the phenomenon.

The situation in the country presented many challenges, including insecurity, limited access to certain areas, the invisibility of the phenomenon and protection concerns for IDPs. With these issues in mind, a carefully designed mixed methods approach was used, including the qualitative mapping of selected municipalities, enumeration of identified neighbourhoods and a sample-based household survey.

The initial steps of the process consisted on a series of regional and inter-institutional workshops as well as bilateral meetings with the donor community to review existing studies and secondary data on internal displacement in the country and assess the need and interest of partners for a profiling exercise. This included:

An action plan to standardise the initial regional studies and develop a comparative analysis report was established, and a coordination platform led by CIPPDV with the technical support from INE, JIPS and other national experts was set up. JIPS supported the profiling partners in developing an initial roadmap and concept note to guide the profiling exercise, including the main methodological elements, timeline and budget.

A challenging pilot exercise in selected areas of San Pedro Sula was launched by INE and supported by UNHCR and JIPS. Approaches and methodologies were adapted to the specificities of the context thanks to mitigation strategies such as administering the questionnaire during daylight hours and on weekends with repeated visits to households where no one was home. A workshop with members of CIPPDV and the advisory group was also organised to validate the findings and identify the main conclusions, and a nationwide dissemination of results was supported in order to reach a maximum impact.

The final profiling report, Caracterización del desplazamiento interno en Honduras, was released in November 2015 and was also published in English.

The exercise also created a baseline and momentum for the much broader, nationwide profiling exercise which began in 2017. It has been used to advocate for similar initiatives to be replicated in other countries in the region.

In terms of lessons learned, the government’s acknowledgement of internal displacement and the creation of CIPPDV successfully supported advocacy and use of the profiling exercise and its results, showing the importance of government leadership in such an undertaking. Involving INE in the data collection process ensured credibility and enabled access to high-risk areas, thanks to its in-depth local knowledge and reputation.