We at JIPS are excited about the launch of an urban profiling exercise in Thessaloniki in northern Greece, upon request by the Municipality of Thessaloniki and UNHCR. 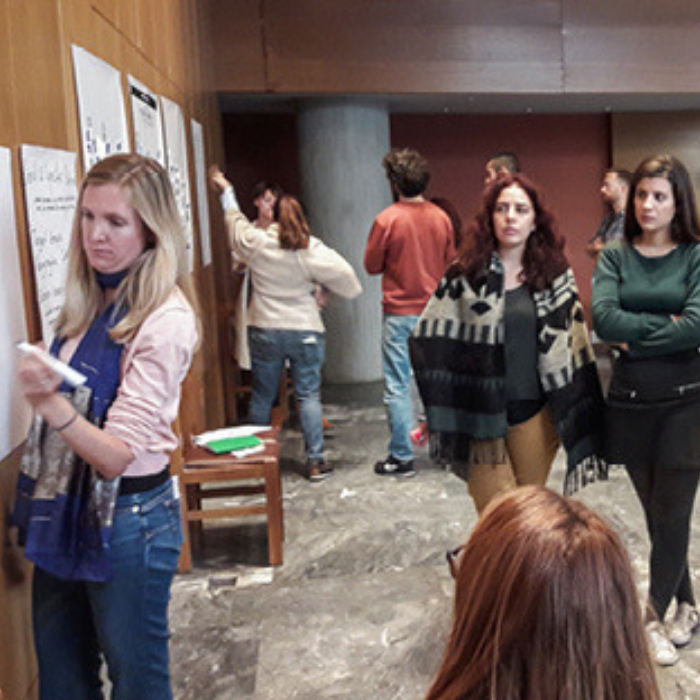 The majority of refugees and asylum seekers in Thessaloniki metropolitan area reside in apartments rather than in refugee camps. As settings of social and cultural convergence, urban areas must be a necessary focus in strategies of integration and inclusion.

To work on such an integration strategy, the Thessaloniki Urban Working Group (UWG) was initiated in October 2016. Co-chaired by Thessaloniki Municipality and UNHCR, the Group includes membership of a wide range of urban responders including municipalities, line ministries (including Education and Health), NGOs and civil society. Due to a lack of data about the urban refugee and migrant population, the Thessaloniki Municipality formally requested UNHCR’s support to initiate a comprehensive urban profiling exercise.

The profiling exercise, supported by JIPS, is aimed at providing evidence to inform the local integration strategies and better access to services. More specifically, the exercise will analyse the displacement situation of refugees, asylum seekers, irregular migrants and homeless persons in the metropolitan area of Thessaloniki.

Building on the collaborative process established through the UWG, an Advisory Committee has been set up to steer the profiling. It is comprised of the following actors:

A profiling training tailored to the local context

Our mission to Thessaloniki had the following three main objectives: 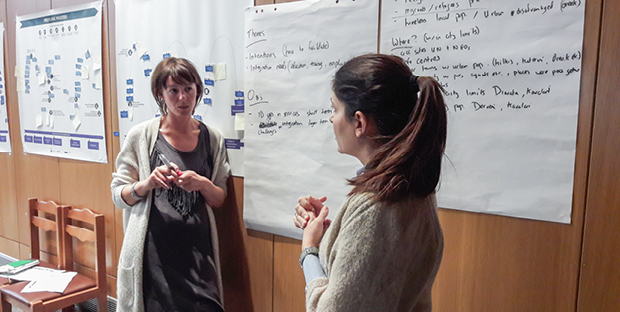 The 3-day training and workshop resulted in draft objectives and scope for the profiling exercise.

The 3-day training was a condensed version of JIPS’ 6-day Profiling Coordination Training. It also contained a workshop element with group work and discussions to prepare the ground for the actual profiling exercise in Thessaloniki. Thus, alongside capacity building objectives, the training also offered a platform for the potential profiling partners to start discussing and working on the profiling together. It resulted in very useful input to the profiling design and planning, e.g. by documenting ideas and reflections about the profiling objectives and scope; providing an overview of existing sources for population baseline estimates and their respective limitations; and bringing forth possible fieldwork and protection-related challenges pertaining to sampling and data collection.

The resulting consolidated draft objectives and scope were then discussed with all profiling partners in subsequent bilateral meetings. Building on these discussions, we formulated, together with the Profiling Coordinator, a draft proposal on the overall objectives, scope and methodology. These have in the meantime been further refined and endorsed during an Advisory Committee meeting held soon after our mission.

The profiling partners are now focusing on consolidating all sources for population baseline estimations to enable the further refinement of the methodology design. In addition, partners will start focusing on which specific topics and indicators the profiling should address.

Two of the key challenges around the on-going mapping exercise are 1) the lack of information regarding the irregular migrants, and 2) the sensitivity of any information on their whereabouts. Many discussions took place during the mission on how to get a good enough baseline for this population in order to inform the sampling design, without compromising on protection concerns.

Data collection is expected to take place in February 2018, once the methodology, the analysis framework and the data collection tools are finalised. 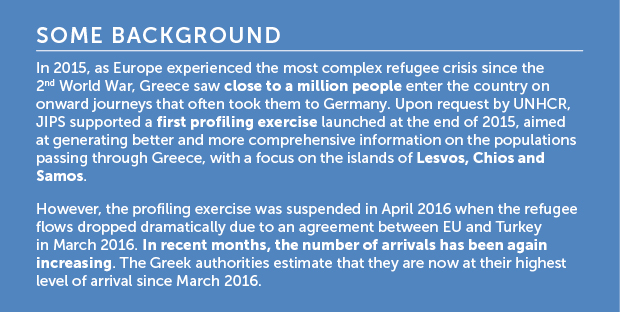 A bit of history and background on our profiling work in Greece in the past.