JIPS’ 3rd Mission to KRI: From Coordination Structures to Data Analysis for a Better Understanding of Urban Displacement

In February and March 2016, JIPS undertook a third mission to the Kurdistan Region of Iraq (KRI) as part of its ongoing support to three profiling exercises that are taking place in the Governorates of Erbil, Duhok and Sulaymaniyah. A Profiling Steering Committee has been set up to oversee these processes, including participants from the Erbil Refugee Council (ERC), the Joint Crisis Coordination Centre, Erbil Statistics Directorate, IOM, UNFPA, UNHCR, UNHABITAT and UNOCHA.

During the mission, the profiling support team, composed of both JIPS and Statistics Norway, worked together with the three Governorate Technical Working Groups at different stages of each exercise. 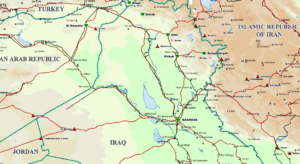 Although each exercise has its own specificities based on the different contextual realities in the Governorates, all three aim at the following two overarching objectives:

Given the complex displacement situation in KRI, where the majority of IDPs and refugees are residing in urban areas and financial constraints due to the fluctuating oil economy has negatively impacted the displaced and host communities alike, partners are awaiting results from these processes to inform a more comprehensive and coordinated response.