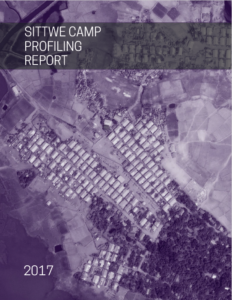 After the launch of the profiling report from Rakhine, Myanmar in country, JIPS is thrilled to present the findings to the international community. Being a collaborative effort between the Camp Coordination and Camp Management (CCCM) Cluster, the Danish Refugee Council (DRC), UNHCR and a Technical Working Group consisting of various UN agencies and NGOs, with the support of the Rakhine State Government, the profiling exercise provides a common evidence-base to inform comprehensive responses and the pursuit of solutions by the Government and humanitarian and development actors.

The report analyses the displacement situation in and around Sittwe township, the capital of Rakhine State in Myanmar, where ethnic violence has displaced more than 121,000 people since 2012. In Sittwe, displaced Muslim communities mainly reside in camps on the outskirts of the town.

While a significant number of assessments and data collection activities have been conducted since the outbreak of violence, the methodologies used made it difficult to compare the situation between different camps and across sectors. The profiling exercise, initiated in May 2016, looked at the situation of four population groups in and around Sittwe: 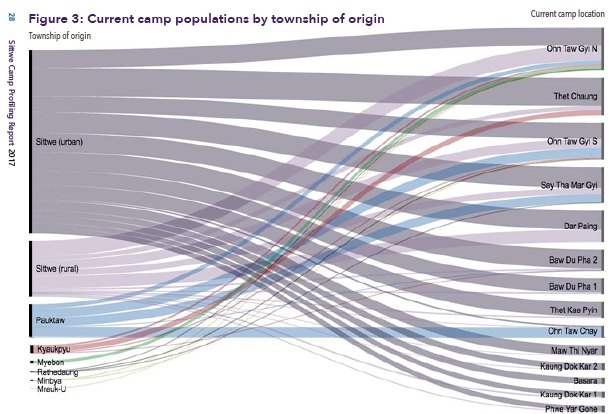 At JIPS we provided remote as well as on-site technical and coordination support at different stages of the process. We conducted several field missions to contribute to shaping/facilitating the collaborative process, agreeing upon objectives, themes and indicators, the development of the household survey and focus group discussions methodologies, and supporting the analysis of survey data.

The report found that, although Rakhines and Muslims had frequently interacted with one another in the past, this became much less common following the outbreaks of violence in 2012. Less than one per cent of Rakhine households surveyed said they had interacted with Muslims in the past week, and only about one in 10 Muslim households said they had interacted with Rakhines. Many Rakhine respondents expressed anxiety about living near Muslim settlements. Meanwhile, many younger Muslims are unable to speak the Rakhine or Myanmar languages, and have few opportunities to learn them.

The profiling also indicates a significant difference between Rakhines and Muslims in terms of their economic wellbeing. Overall, Rakhine households had higher incomes, lower levels of debt, higher rates of employment, and higher levels of school attendance than Muslim households. The difference between the groups appears to be especially large in regard to income: households in the Muslim camps had an average income of just 25,000 kyat ($18) a month, compared to 35,000 kyat ($26) for Muslim villages, 75,000 kyat ($55) for Rakhine villages, and 100,000 kyat ($73) for Rakhine relocated sites. 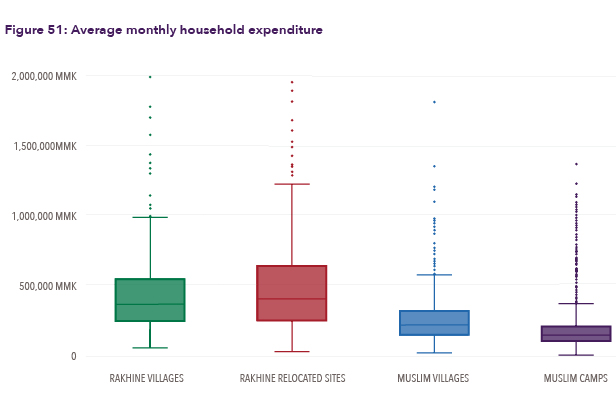 Muslims also tend to struggle more with food security: whereas the vast majority (95%) of Rakhine households were found to have acceptable levels of food consumption, this was true of just 67% of households in Muslim villages and 73% in Muslim camps.

Nearly all (94%) of the surveyed households living in Muslim camps said they want to return to their place of origin. Many said that if they were to return, they would first need housing and a plot of land. Others cited employment opportunities and peaceful co-existence with the local community as prerequisites for their return.

Recommendations and the way forward

Findings from the profiling exercise were discussed in a series of analysis workshops with Clusters, Government, and other key stakeholders. Based on the profiling findings, each Cluster developed concrete recommendations and ideas for future programmes.

Building on a workshop on community participation and validation conducted in March 2017, the profiling findings will also be shared with the displaced Rakhines, Muslims, and host populations. For this purpose the report is currently being translated into local languages, and various community feedback activities are planned throughout August and September 2017.