Displacement high on agenda at the 9th World Urban Forum

JIPS joined 22,000 people from 165 countries, including many representatives of local governments, at the 9th World Urban Forum (WUF) in Kuala Lumpur, Malaysia in February. This major event served as opportunity to revisit the goals of the New Urban Agenda endorsed two years ago, calling for cities to be planned and developed in an inclusive and sustainable way, leaving no one behind including the displaced.

At JIPS we used this opportunity to organise an event to bring the attention of participants to how we can ensure evidence leads to better solutions for displaced populations. We would challenge the next WUF to aim for a more nuanced understanding of forced displacement in cities, but found it great to be part of the many stimulating discussions as well as to make new connections with diverse people working to improve the cities where displaced people live alongside their hosts, including community representatives and mayors. 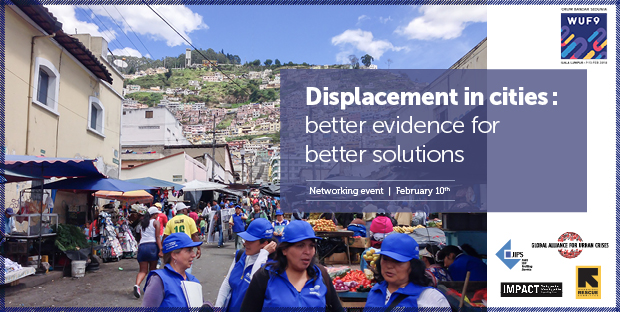 Great to see displacement at the forefront of the WUF9

Unlike in past events of its kind, the WUF brought humanitarian and displacement crises to the forefront of the urban discussion. While the increase of migrants and forcibly displaced people living in cities is often portrayed negatively in the media, examples presented at the WUF highlighted how this phenomenon can also benefit the development of the city as a whole. Advanced planning, national policy frameworks, solid evidence-gathering, and programs that take into account people’s needs are, however, critical to achieve that.

The Forum also offered space for government agencies to share their experiences. To mention just two examples, we heard from the local government in Gaziantep, Turkey about how they provided targeted services to refugees along with social programs to the host populations, and from the Ministry of Refugees and Repatriation in Afghanistan how they implemented a national framework for the protection of returning refugees to restore social cohesion overall. 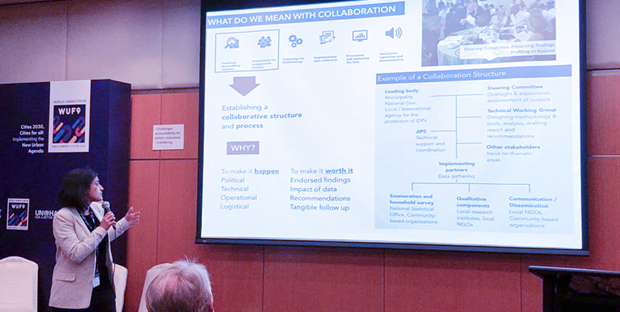 Better evidence is needed – but how do we do that?

Inclusive planning requires comprehensive evidence that includes the situation of displaced populations. But the methods for doing this often remain as an afterthought or are left to technical experts to decipher.

The lively discussions that followed signalled broad interest and highlighted the complementarity over the differences between the methods presented, addressing the multi-faceted question: what evidence do cities need to respond to displacement? Main points that participants underlined: 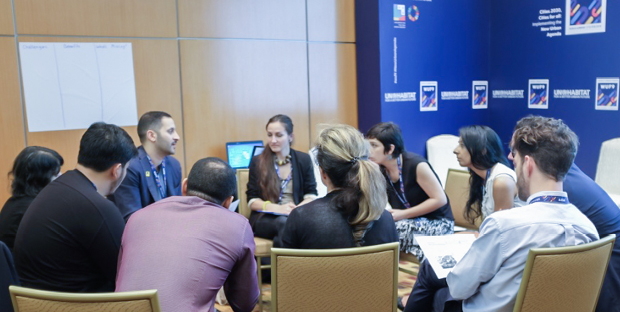 In short, what can we learn from these discussions?

Overall, the event demonstrated the need for context-specific, people-centric and collaborative approaches. At JIPS we look forward to expanding the conversation in 2020 and especially encourage a next WUF to incorporate a more nuanced understanding of forced displacement into discussions on humanitarian and development interventions in cities in crisis.

This could be through methods of engaging with displaced communities in cities, how the experiences of IDPs, refugees and migrants are more similar in some places than others, how to bring in national statistics offices together with local government in discussions on evidence-gathering for better reporting of displacement in official statistics in line with Sustainable Development Goals, or how to analyse progress towards durable solutions in areas of displacement, return or resettlement.

The Global Alliance for Urban Crises already works to contribute to these discussions. With over 70 member organisations spanning urban planning, local government, built environment, humanitarian, and development sectors, the Alliance highlights collaboration across and within sectors and agencies as the core ingredient to responding to urban crises in a coherent and holistic way. This message resonates with JIPS’ own work which has demonstrated that collaboration early on in the process for gathering evidence on displacement leads to a shared understanding that enables responses to be planned together.