For the first time in the country, official information is available on the dimensions, characteristics and impacts of internal displacement due to violence in El Salvador.

The profiling exercise, led by the Government of El Salvador, sought to provide an agreed-upon and comprehensive evidence-base on the characteristics and impacts of internal displacement due to violence in El Salvador. The evidence is needed for informing institutional responses for prevention, protection, care and restitution of rights to victims and affected populations.

The profiling exercise used a robust and carefully-designed methodology developed collaboratively with partners. The results show the magnitude of internal displacement in the country, revealing that in 1.1% of the families living in El Salvador at least one of its members was forced to change its place of residence between 2006 and 2016 as a result of or in order to avoid the effects of violence. 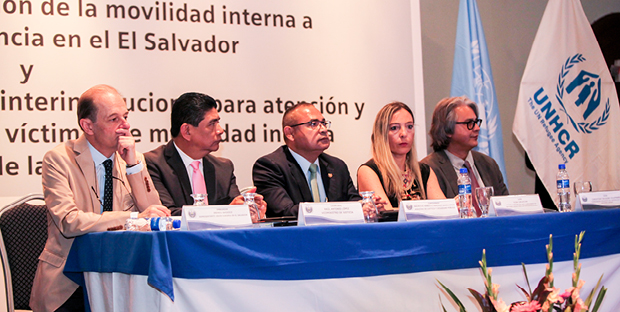 The Ministry of Justice and Public Security (MJSP) of the Government of El Salvador launched this groundbreaking report in San Salvador on 20 March 2018. Check out the report and the executive summary (in Spanish).

The context of displacement in El Salvador

Internal migration in El Salvador is common, with many people moving within the country to find work or to join family in other regions. In recent years, however, the incidence of violence and crimes against the population -mainly perpetrated by gangs, transnational organised crime and drug trafficking actors- has created the urgency for a strong institutional response.

In September 2014, the Government of El Salvador developed and approved the Safe El Salvador Plan (PESS), outlining a set of short and long-term priorities and actions for addressing violence and guaranteeing protection and access to justice for victims of violence and violence-induced displacement.

Within the framework of the PESS, the MJSP identified the need for a nationally-representative and comprehensive profiling exercise.

The profiling exercise was carried out thanks to the collaboration of several institutions and organisations. The Directorate for Victims’ Assistance (DAV) of the MJSP led and coordinated the exercise. UNHCR provided technical and operational support to the design and implementation of the study. The European Commission, via its Humanitarian Aid and Civil Protection Operations (ECHO), provided financial support for data collection activities.

Two additional partners played a critical role: the El Salvador Program of the Latin American Faculty of Social Sciences (FLACSO) implemented the qualitative components of the profiling exercise, while the General Directorate of Statistics and Census (DIGESTYC) led the quantitative components.

JIPS contributed technical support throughout the process, both on-site and remotely, by providing expertise gained from designing profiling methodologies in the region, convening workshops to enable collaboration among the partners, and supporting the processing and analysis of the information. 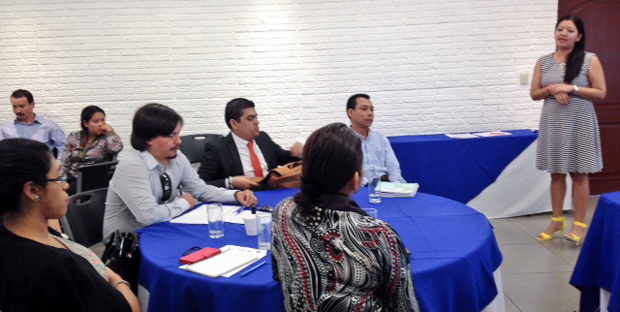 The Directorate for Victims Assistance leading a collaborative workshop in August 2016.

A robust methodology for a full picture of the displacement situation

The design of the exercise faced several important methodological challenges, in particular: (i) the lack of a complete sampling frame of the targeted population (in other words, the full list of locations of all internally displaced households in the country); and (ii) the fact that the internally displaced population was dispersed and hard to find, as populations fleeing violence tend to remain “hidden” for their own security and protection.

Assessing characteristics of victims and the impact of violence-induced displacement

The profiling exercise provided useful information on the causes and impact of internal displacement, as well as important details on the displacement-affected populations.

The finding that in 1.1% of the families living in El Salvador at least one of its members was forced to change its place of residence between 2006 and 2016 as a result of or in order to avoid the effects of violence illustrates the scale of internal displacement in the country.

Most prevalent among those internally displaced by violence are young families in conditions of relative socio-economic vulnerability. The phenomenon affects families with adolescent (12-17 years-old) and/or young members (18-29 years) in greater proportion, indicating an increased risk of this population to be exposed to the action of criminal groups and, therefore, a greater probability of being forced to flee.

Threats, intimidation or coercion constitute the main cause of displacement (69%). Extortion (24%) and situations of violence or insecurity in the communities of origin (20%) follow. Homicides (11%) and personal injuries (6%) were also mentioned.

The findings of the profiling exercise clearly show that the immediate impacts of displacement are reflected in emotional or psychological distress, affecting 70% of the target population. Other prevalent impacts include the abandonment of properties in the places of origin (42%), the temporary or permanent separation of families (29%), the loss of sources of income (28%), and the interruption of education of minors (22%).

As for future plans, 84% of the population displaced by violence intends to remain in the place where they currently reside. Only a minority (3%) intends to return to the place of residence, mainly because of the persistent situation of insecurity.

Informing tailored responses to displacement and initiatives for protection & prevention

This profiling exercise constituted the first effort of El Salvador’s Ministry of Justice and Public Security to collect comprehensive evidence about the dimensions, characteristics and impacts of displacement due to violence in the country. State institutions have taken important steps towards securing care and protection to victims of violence, and programs and services (particularly those related to legal guidance and access to justice, as well as psychosocial support to the victims) have been created. The results of the profiling exercise can contribute to this ongoing institutional response by further tailoring these programs to the needs of populations displaced by violence. 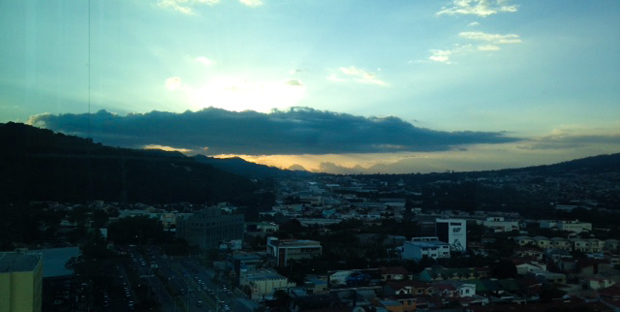 Despite this important progress, many challenges persist, and the need to provide effective access to protection and security mechanisms, as well as to create policies and measures for the prevention of internal displacement, remains central. As part of this effort, the launch of the profiling report was accompanied by the launch of a roadmap for the inter-institutional coordination for integral assistance and protection of victims of internal displacement to further improve the provision of protection and support to victims.